Sir Robert is a Trustee of Westcott House, the Chair of the Council’s Communications sub-committee and serves as a member on the Finance sub-committee.

Sir Robert is a Visiting Professor at the Department of Political Economy, King’s College London. He served as Chairman of the Office for Budget Responsibility, the UK’s fiscal watchdog, from 2010 to 2020. From 2017 to 2020 he also chaired the OECD’s network of parliamentary budget officials and independent fiscal institutions and he continues to chair the external advisory group of the Irish parliamentary budget office. In The Queen’s 2021 New Year Honours, he was formally recognised for his services to fiscal policy and economy with a knighthood.

Previously, Sir Robert served as Director of the Institute for Fiscal Studies from 2002 to 2010, as an advisor to senior management at the International Monetary Fund from 1999 to 2002, as Economics Editor of the Financial Times from 1995 to 1999, and as an economics and business writer on the Independent and Independent on Sunday from 1990 to 1994.

Sir Robert is chair of the Royal Statistical Society’s advisory group on public data literacy. He is also a member of the Policy Committee of the Centre for Economic Performance at the London School of Economics, the advisory committee of the ESRC Centre for Macroeconomics. He is a governor of the National Institute of Economic and Social Research (NIESR).

Sir Robert studied economics at Queens’ College, Cambridge (where he is now an Honorary Fellow), journalism at City University in London and public policy at the School of Advanced International Studies at Johns Hopkins University in Washington DC. He has an honorary doctorate from the University of York. 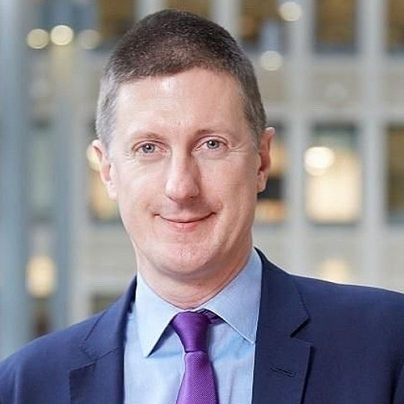