Thomas is a Trustee of Westcott House and serves on the Council’s Curriculum Development sub-committee.

He is Chaplain of The Queen’s Chapel of the Savoy and a Deputy Priest-in-the Ordinary. Previously, Thomas was an Honorary Canon of Salisbury, serving on the Chapter from 2014 to 2019, and from 2015-2019 was the Chair of the House of Clergy and a member of the General Synod. He has been Chaplain to the British Fire Services Association since 1997 and continues to serve as a Steward of the Dorset County Show.

An alumnus of Westcott House, Thomas completed a Certificate in Theology for Ministry and was ordained in 1995. He spent periods of time working and studying with the Church of South India, the Church of North India and the Anglican Church of Canada. In the years following ordination, Thomas studied for a BA and MA.

Thomas’ parish ministry has been spent in the dioceses of Gloucester and Salisbury where he was Vicar of Hardwicke, Elmore and Longney; Vicar of Royal Wootton Bassett and Rural Dean of Calne; and Team Rector of Dorchester. The focus of his parish ministry was one of renewing, resourcing and rededicating the worshipping community for discipleship: growing confidence and empowering people to reach out into the community and make a difference. As a rural dean and then Team Rector he worked with lay and ordained colleagues to establish new patterns of ministry: developing team, informal group and lay ministry. He has always drawn energy from the relationship between the worshipping community and the wider community and is interested to see how this will be lived out in the new ministerial context of the Chapels Royal.

Prior to ordination Thomas completed a City and Guilds Qualification, training as a chef before moving into hotel management and becoming the Senior Assistant Manager of the King’s Head Hotel in Cirencester. 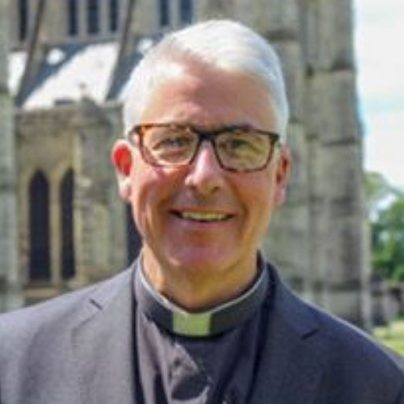