Jenny is Chair of the Grove Doctrine series editorial group and Reviews Editor for Crucible, the Journal of Christian Social Ethics. A political theologian and ethicist, with a particular interest in Christian formation, Jenny began her graduate studies with an MA in Systematic Theology at King’s College London and completed her PhD in Theology at Durham University. This research grew out of several years spent working as a parliamentary researcher and in social policy.

After a postdoctoral research fellowship with the University of Roehampton, she served as Director of Studies at the Cambridge Centre for Christianity Worldwide, and has taught at the Lindisfarne College of Theology, the College of the Resurrection (Mirfield), King’s College London, and Sarum College.

Jenny’s research interests bring together negative theology, political theory, and ecclesiology. She has a particular interest in the question of how Christian ethical and political formation can and should take place, especially with how this happens in the context of the Church of England. She has a little-used undergraduate degree in Russian, which she is trying to weave back into her theological research!

Political Formation: Being formed by the Spirit in church and world (London: SCM). In press, forthcoming 2023.

‘The Place of Civic Belonging: The dangers and possibilities of Anglican polity’, Special issue: ‘Who may belong? Nationalism, conservative religion, and identity in German, Dutch, and Anglo-American politics’, Religion, State, and Society (Forthcoming).

Review in Studies in Christian Ethics (May 2020). Fea, John. Believe Me: The Evangelical Road to Trump. Grand Rapids, MI: Eerdmans, 2018. 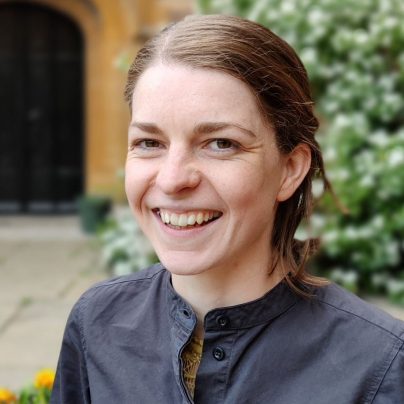