Renie comes from Hong Kong and Canada, studied in the U.S., and received her doctorate from the University of Oxford. She was previously Lecturer of Church History at St Mellitus College, and currently works at St Paul’s Cathedral as Community Engagement Manager for historic collections. She is the author of Ancestral Feeling: Postcolonial Thoughts on Western Christian Heritage (SCM) and a research monograph on early medieval monasticism entitled Intercessory Prayer and the Monastic Ideal in the Time of the Carolingian Reforms (Oxford University Press). Renie recently led a participatory heritage project on London’s iconic churches, and sits on a number of committees responsible for the conservation and interpretation of the Church of England’s historic buildings. In addition she is Visiting Research Fellow at the University of Chester and Research Associate at the Centre for the Study of Christianity and Culture at the University of York. She also serves as a school governor.

Intercessory Prayer and the Monastic Ideal in the Time of the Carolingian Reforms, Oxford Theology and Religion Monographs (Oxford: Oxford University Press, 2016)

‘The Formulation of Prayer for the Formation of Faith in the Early Middle Ages’, in A. Cocksworth and J. McDowell, eds., T&T Clark Companion to Christian Prayer (London: Bloomsbury, 2021): 319-338

‘Mediator: Medieval Christianity and Reformation Christianity’, in Encyclopedia of the Bible and its Reception (Berlin: Walter de Gruyter, 2021)

‘Praying by the Rules: Legislating Intercessory Prayer in Carolingian Monastic Reform’, in K. Pansters and A. Plunkett-Latimer, eds., Shaping Stability: The Normation and Formation of Religious Life in the Middle Ages, Disciplina Monastica (Turnhout: Brepols, 2016): 69-88

“‘The brother who may wish to pray by himself’: Sense of Self in Carolingian Prayers of Private Devotion’, in S. Bhattacharji, R. Williams, and D. Mattos, ed., Prayer and Thought in Monastic Tradition: Essays in Honour of Sr Benedicta Ward (London: Bloomsbury, 2014): 101-20

‘The Deposit of Monastic Faith: The Carolingians on the Essence of Monasticism’, in P. Clarke and C. Methuen, ed., The Church on its Past, Studies in Church History 49 (Woodbridge, Suffolk: Boydell & Brewer, 2013): 71-83

Review of Ross Balzaretti, The Lands of Saint Ambrose: Monks and Society in Early Medieval Milan, Studies in the Early Middle Ages 44 (Brepols, 2019), in The Medieval Review 03/08/2020

Review of Edward Smither, Missionary Monks: An Introduction to the History and Theology of Missionary Monasticism (Cascade, 2016), in ‘The Living Church’ 4/11/2018

Contribution to the Hildemar Project [http://hildemar.org/] which provides an online English translation of Hildemar of Corbie’s Commentary on the Rule of Benedict 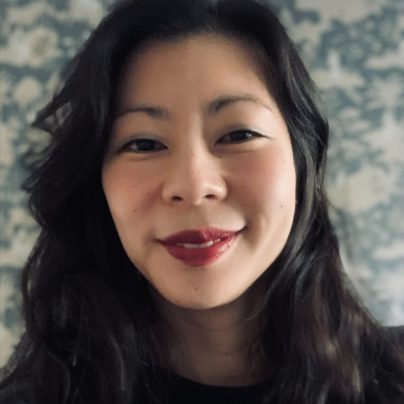