The Council of Westcott House has appointed the Revd Chris Eyden to be Interim Vice Principal with effect from September 2022.

Ordained Deacon in 1991, Chris served for many years in parish ministry in the Dioceses of London and Southwark. He has also worked in chaplaincy at St Mary’s Hospital, Paddington and Trinity Hospice, Clapham.

Prior to ordination, Chris worked as an actor from a young age, firstly as an amateur and then in professional theatre, Radio and TV. Raised a Methodist by a Marxist atheist grandfather, Chris discovered Anglicanism at University in Scotland whilst training to be a professional actor where he gained a BA at the Royal Scottish Academy of Music and Dramatic Art. Chris worked for theatre companies across the UK, performing with the National Trust Shakespeare Company, Chichester Festival Theatre, and twice appearing in the West End. Chris’s Radio career took him to BBC Radio after ordination, when he became a regular contributor to Radio 2’s ‘Pause for Thought’.

It was whilst working as a “buddy” with the Terrance Higgins Trust at the height of the AIDS crisis that Chris felt called to ordination. He trained at St Stephen’s House, Oxford. Chris maintains his love of theatre, and is a keen skier and scuba diver; his life partner of 33 years is the Very Revd Joe Hawes, who is Dean of St Edmundsbury; Chris and Joe have been in a covenanted civil partnership since 2006.

Speaking on his appointment, Chris said: ‘I’m very honoured to be invited by the Principal and Trustees, to serve at Westcott House as Interim Vice Principal. The God of surprises seems to have called me to continue my ministry of formation and training, of the people called by God, in a new setting, in IME1. I will be involved in Training ordinands to be ready for curacy and a lifetime of ministry, whilst continuing my work in the Diocese of St Edmundsbury and Ipswich in the training of curates on IME 2. I hope the two roles will inform each other creatively. Being interim and time limited means I will need to “hit the ground running” when term starts and I will be on a steep learning curve. I expect I may have similar feelings of excitement and apprehension to those starting college this coming term. We’ll have a lot in common! I’m looking forward to being in Cambridge and being a part of the community at Westcott House and getting to know students and colleagues. Although a long time ago, my own theological training at St Stephen’s House had a profound and lasting influence on my life and ministry. I hope I can be a small part of that experience for ordinands at Westcott House. I suppose going from Oxford to Cambridge with decades in between, presents a dilemma. Who will I shout for in the boat race?!’

The Revd Dr Helen Dawes, Principal of Westcott House, said: ‘Chris is a highly experienced priest who is deeply rooted in the sacramental tradition that grounds our life here at Westcott House. His experience of working with ordinands and clergy will bring a richness to our work of resourcing the church through the formation of open, wise, holy and compassionate ministers. I am delighted that Bishop Martin has been willing to share Chris with us for a season and that Chris will be joining the team here at Westcott House.’

The appointment is subject to DBS clearance. 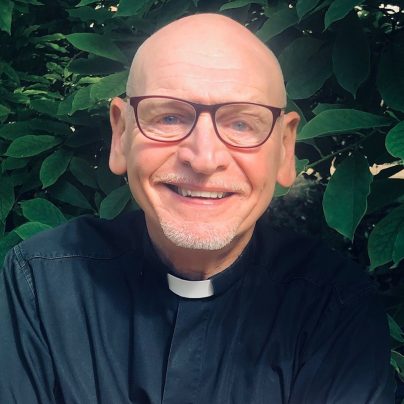