It is with great sadness that we announce the death of the Revd Canon Dr John Polkinghorne who died on the 9 March 2021, aged 90.

An acclaimed physicist, theologian and priest, Dr Polkinghorne was the Professor of Mathematical Physics at the University of Cambridge from 1968-1979, before resigning his Chair to train for ordination at Westcott House.

Ordained to the priesthood in 1982, he worked as a Curate in South Bristol for five years, then as Vicar in Blean, Kent. Following his time in parish ministry, in 1986 Dr Polkinghorne returned to Cambridge to serve as the Dean of Chapel at Trinity Hall and in 1989 was appointed President of Queens’ College, a position he held until his retirement in 1996. A Fellow of the Royal Society, he received a Knighthood in 1997 for distinguished services to Science, Religion, Medical Ethics and to Learning.

In 1994, Dr Polkinghorne was invited to become Canon Theologian at Liverpool Cathedral and in 1996 one of the Six Preachers at Canterbury Cathedral. A prolific author of numerous books on Science and Theology, in 2002 he won the prestigious Templeton Prize for Progress Toward Research or Discoveries about Spiritual Realities.

We extend our sincerest condolences to his family. May he rest in peace and rise in glory. 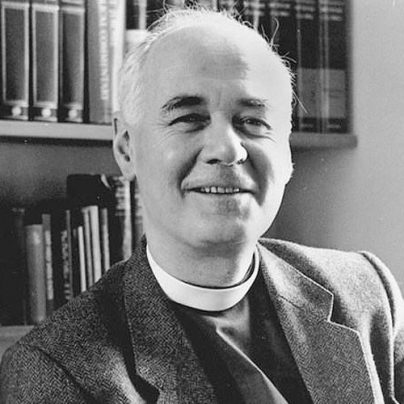